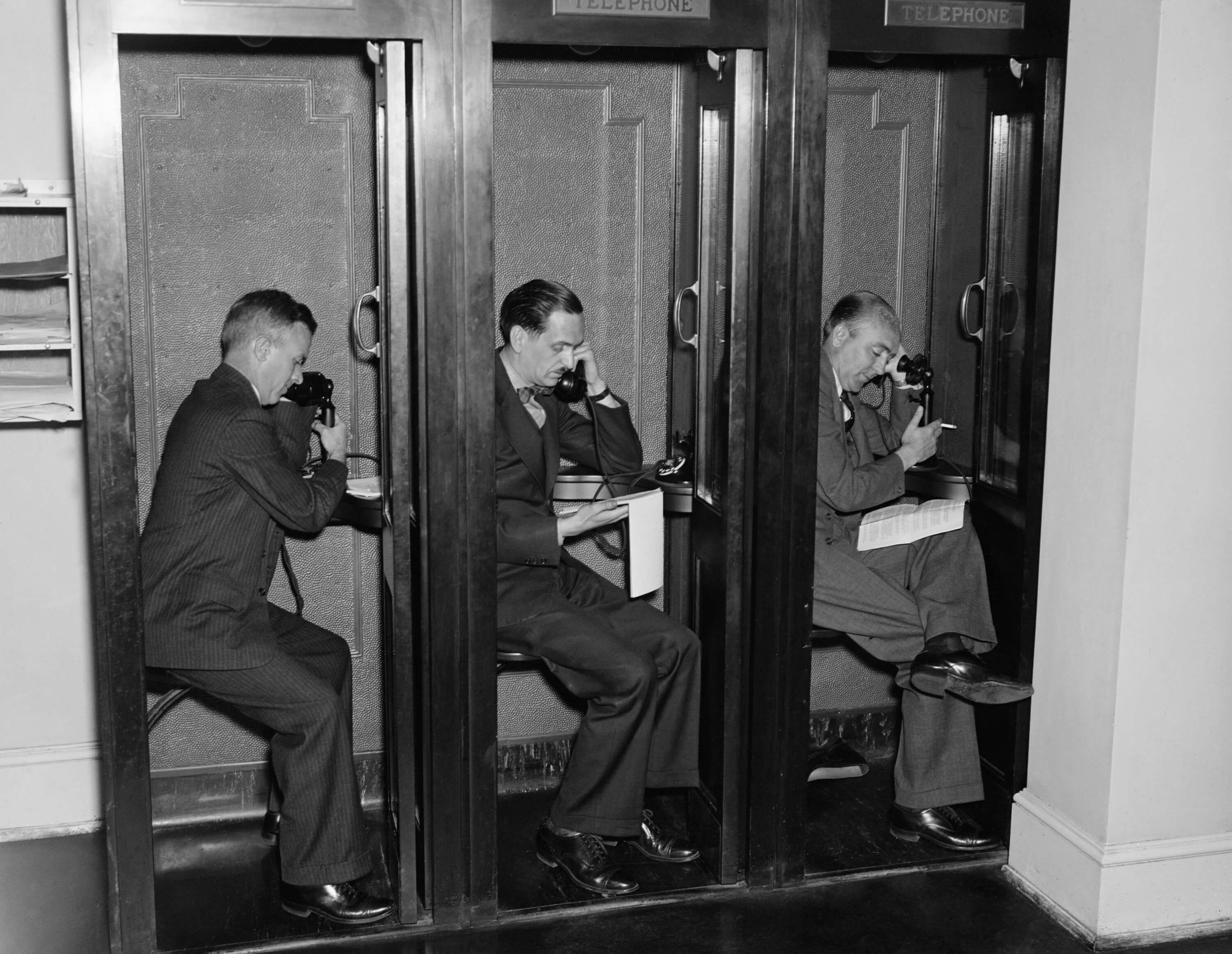 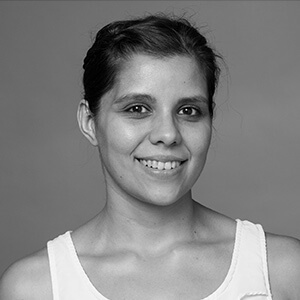 But that wouldn’t make for an interesting read, now, would it? You’re here because you are curious about what this post is all about and it can’t be just that.

This post was inspired by a chat I had with a colleague who is now a director of an agency and misses pitching content like she used to. She’s doing a bunch of new things and outreach had to be delegated.

I totally understand because when I was made a director at NeoMam, I did the exact same thing. At the time, I believed that I had to delegate the day-to-day and focus on the big picture. So I did just that.

I hired a bunch of people. I overhauled our processes. I put all my focus on what was next for the agency.

Every now and again, I would sneakily send a few outreach emails and run little tests on the side. And every time it felt like coming back home.

But it wasn’t meant to be.

I was one of the directors now. There were bigger things on my plate, so I needed to focus and let go.

We did great work during those years. We revamped the way we produced content, experimented with a bunch of new formats and landed the biggest accounts we’d ever had.

This getting out of the day-to-day thing was paying off.

I was a business grown up now, running around from directors meetings to client calls, and from weekly catch-ups to project debriefs. Forecasting the future and revising the past to inform the present.

The thoughts kept crippling in, “maybe I don’t care about this anymore.”

Eventually people left or hires didn’t work out and I had to go back to promoting content. It was stressful, and awesome. I was back to doing the one thing that I like to do most in the entire world. My thing. Outreach.

Soon enough capacity issues would be sorted and I would go back to my Ops Director seat.

Back to hiring and planning. Back to coaching and training. Back to another kind of day-to-day work, one where you rarely see the results of your efforts materialise in front of you straight away.

The rise and fall of NeoMam, the agency 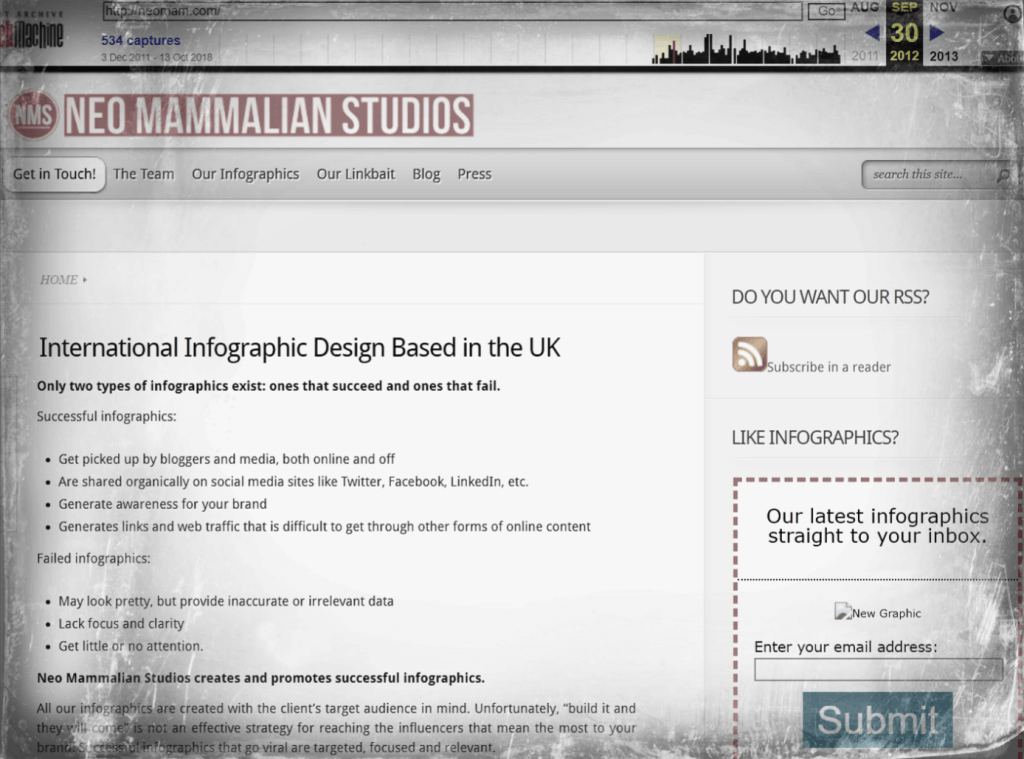 When Danny founded NeoMam, he did it because he didn’t want to go to work every day. He wanted to do the stuff he enjoyed the most: create content that people would want to share.

Somewhere along the way that vision got lost.

The realisation that we didn’t need to do what everyone else was doing came to us a few years ago but it was difficult to shave all that off from one day to the next.

What is a business without an office, mid-level management or an in-house team?

What is an agency without awards, conference speakers or plans to sell it all for a big payout one day?

It’s hard to make the decision not to grow when the world around you keeps telling you that there’s a ladder and you’ve got to climb it.

But earlier this year, everything changed when I had a baby.

The case for doing what makes you happy

I was not one to dream about babies and motherhood, so I didn’t have a plan. The only thing I knew for sure was that once the baby was here, I wouldn’t be able to work – or I wouldn’t want to work, period.

I was convinced that was the case because the work I was doing at the time was stressing me out and I wasn’t enjoying it anymore.

Liam was born on Tuesday, 27th February 2018 and six weeks later I realised that there’s only so much Netflix that you can watch without going crazy. I went back to work but something had changed: my time was now a lot more valuable than before.

I finally understood what Danny meant when he said that he founded NeoMam because he didn’t want to go to work anymore.

Our time is ours and we get to choose how we spend it.

It took me a few weeks to go through all open projects, all the tasks I used to do, all the responsibilities I delegated, all the roles in my team.

Once I was done reviewing every aspect of operations, a few things had to change, and they changed quickly. The days of missing doing what I love were finally over.

Oftentimes Amy, Danny and I will come to the same idea without having discussed it beforehand. This year it happened again when all three sat down to discuss our goals for the next 3 years:

In short, we want to be happy.

Why can’t we enjoy the ride?

You’ve probably read the job ads looking for people who can do it all in exchange of very little.

We’re asking the next generation to be technical SEOs, link builders, project managers, content producers, public speakers, new business managers, and sometimes even web developers – all at once. We want it all, we want it now and we want it cheap.

We’ve all been invited to pitch for new accounts against other agencies.

Businesses ask agencies to work (for free) on a complete strategy to fit a large list of requirements that, more often than not, are a mix-match of goals and KPIs set by their brand team, their PR team, their social media team, their SEO team, the Ecommerce team – all at once. They want it all, they want it now and they want it cheap.

On top of that, we are all expected to give back to the community.

We are active on social media, write about what we know, go on stage and speak in front of hundreds of people, host webinars and podcasts, submit our work to awards – heck, even host our own industry events.

We are only as good as the last article we wrote, the last talk we gave, the last SEO celebrity who endorsed us, the last award we won.

We are spreading ourselves too thin.

On the one hand we set all these unrealistic expectations, on the other we send out tweets about #MentalHealthWeek.

I’m not going to pretend to know why so many people in our industry have taken their own lives but I can’t help to think that perhaps it’s time for us to take a good look at what we expect of each other.

I’ve adjusted my own expectations of myself and can report that I feel a lot better.

I don’t commute to an open-plan office. I don’t schedule meetings (or jump on a call) if an email will suffice. I don’t adjust our process to fit a new client. I don’t hire before exploring other ways to increase capacity. I don’t pitch for new clients. I don’t speak at conferences or write articles unless I’ve got something to say. And I still promote content because it makes me happy.

Fuck all these expectations.

“The world is like a ride at an amusement park, and when you choose to go on it, you think it’s real because that’s how powerful our minds are. And the ride goes up and down and round and round; it has thrills and chills and it’s very brightly colored and it’s very loud and it’s fun… for a while. Some people have been on the ride for a long time, and they begin to question: “Is this real, or is this just a ride?” And other people have remembered, and they come back to us, and they say, “Hey – don’t worry, don’t be afraid – EVER – because… this is just a ride.” And we kill those people. “Shut him up! We have a lot invested in this ride – SHUT HIM UP! Look at my furrows of worry! Look at my big bank account, and my family! This just HAS to be real!” […] But it doesn’t matter because it’s just a ride. And we can change it anytime we want. It’s only a choice. No effort, no work, no job, no savings of money. A choice, right now, between fear and love.” ~ Bill Hicks

Director of Operations @ NeoMam Studios. Leading our production and promotion teams – from ideation to outreach. On a mission to build better, stronger links for our clients with the content we create.

Director of Operations @ NeoMam Studios. Leading our production and promotion teams – from ideation to outreach. On a mission to build better, stronger links for our clients with the content we create.