Add this infographic to your website by copying and pasting the following embed code:

Why is Australia the happiest place on Earth? [Infographic] by the team at NeoMam

For the third year in a row, the Organisation for Economic Cooperation and Development (OECD) has ranked Australia as the happiest place out of the 36 industrialised nations in its survey.

So what makes life Down Under happy?

According to the OECD, there are 11 different parameters to happiness:

90% of Australians say they are satisfied with their current homes.

Though only 9% of Australians still consider the ‘great Australian dream’ as owning a big house in the suburbs, Australians have more rooms shared per person than the OECD average.

The best things in life may be free, but you’ll need money when Sydney and Melbourne are the third and fourth most expensive cities in the world.

This might be down to Australia, along with Germany and Canada, as being one of the few G20 economies to hold on to their AAA credit rating.

And when it comes to working, Australians aren’t as laid back as many would believe:

Australia: where everyone’s your mate.

On average, Australians spend 6 minutes per day in volunteering activities.

Though the number of adults who have earned the equivalent of a high school degree is slightly lower than the OECD average (73% compared to 74%), the future looks bright:

It’s not just about the famous sunshine and beaches.

91% of Australians say they are happy with their water quality.

Air quality in Australia is also highly rated. PM10 is a tiny particulate matter that can harm human health.

Compared to other countries where compulsory voting is enforced, Australians come out on top.

Although Australia is the fifth most obese country in the develop world, life expectancy is one of the highest.

There are also more doctors for every 10,000 people.

Australians are safer when it comes to both assaults and homicides.

Compared to the OECD average, people in Australia work fewer hours in a year, meaning they have more time for family, friends and leisure activities.

‘She’ll be right’ and ‘no worries’ seem to be quite truthful expressions.

Money may not be able to buy you happiness, but it can buy you a ticket to the land Down Under.

Big house in the ‘burbs no longer the Aussie dream – news.com.au

What are the most expensive cities to live in? – edition.cnn.com

Healthcare spending around the world, country by country – guardian.co.uk 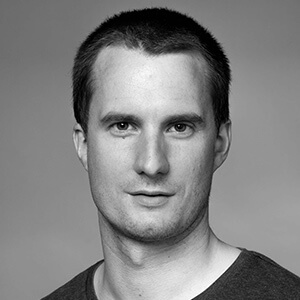 Founder and CEO @ NeoMam Studios. Coming up with ideas for our content, and thinking about what’s next for NeoMam and the content we create for our clients. Focuses on building the right team and making sure we work with the right clients.

Founder and CEO @ NeoMam Studios. Coming up with ideas for our content, and thinking about what’s next for NeoMam and the content we create for our clients. Focuses on building the right team and making sure we work with the right clients.